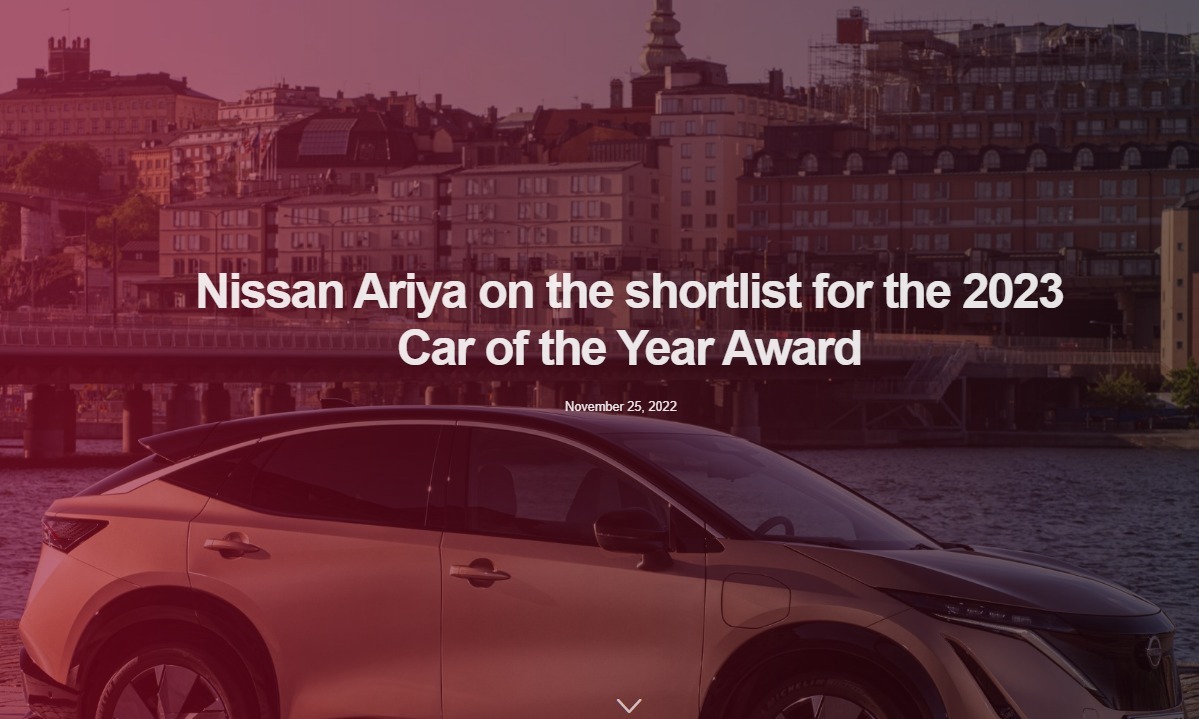 The all-new Nissan Ariya has made it onto the shortlist to become Car of the Year 2023.

Ariya will battle it out against six rivals – whittled down from a 27-strong longlist – in a bid to win the trophy soon after Christmas. A final voting round will take place at the beginning of January and the winner will be announced at the Brussels Motor Show on January 13.

The Car of the Year is an international award, judged by a panel of senior motoring journalists from across Europe. Its objective is to acclaim the most outstanding new car to go on sale in the 12 months before the title is awarded.

It already has a number of impressive awards in its trophy cabinet, having been named Auto Express Car of the Year and ‘Best Large Electric Car’ by Carbuyer.

Nissan’s latest exciting step in its journey towards electrification, the highly anticipated all-electric crossover offers a refined and smooth driving experience and is capable of traveling up to 329 miles on a single charge.

Nissan leveraged its considerable EV and crossover expertise to create Ariya, a car that has truly reimagined electric motoring to create a lifestyle-focused, elevated, electric drive.

A Nissan spokesperson said: ‘‘We are delighted that Ariya is on the shortlist for Car of the Year 2023. We are incredibly proud of this premium electric vehicle and have high hopes that it will take the crown when the winner is announced in the New Year.’’